“However [political parties] may now and then answer popular ends, they are likely in the course of time and things, to become potent engines, by which cunning, ambitious, and unprincipled men will be enabled to subvert the power of the people and to usurp for themselves the reins of government, destroying afterwards the very engines which have lifted them to unjust dominion.”

If Our nations first president felt so strongly against political parties, why do they divide our nation now?

This web quest will help you understand the issues the new nation faced after ratifying the Constitution and the formation of our nations first political parties.
​

You want our capital Where?

Click here to see why our first president did not like political parties and why they started to form after he left office.

When hearing that Washington would not continue to be the leader of the new nation and would pass the power to someone new, King George III's response was: “If he does that, he will be the greatest man in the world."

So we had an election and power was relinquished.  The two opponents were John Adams & Thomas Jefferson.
These two were very different and their political views and opinions on how to run a country were polar opposites.

Adams was part of the Federalist Party.  He believed in: rule by the wealthy class, a strong federal government, emphasis on manufacturing, a British Alliance, and also believed in a loose interpretation of the Constitution.

Thomas Jefferson and the Democratic-Republican party believed in the exact opposite.  Their beliefs were:  rule by the people, a strong state government, emphasis on agriculture, a French Alliance, and a strict interpretation of the Constitution.

When you took our political party survey, which party did you identify with?

John Adams won the election and became the second president of the United States.  Thomas Jefferson became the Vice President. 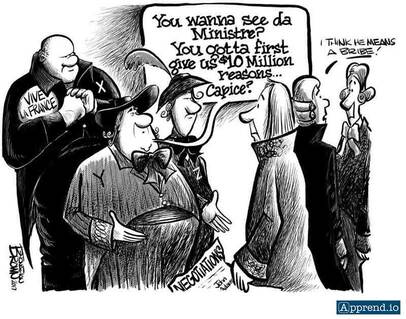 Picture Analysis:  Read and analyze the political cartoon.  What do you think the XYZ affair is about?
​
Click here to read about the XYZ affairs.

Let's watch this video to deepen our understanding of the XYZ affairs.

Class Discussion:  Does this sound familiar?

go to this website to see the dynamic between the first two political parties.